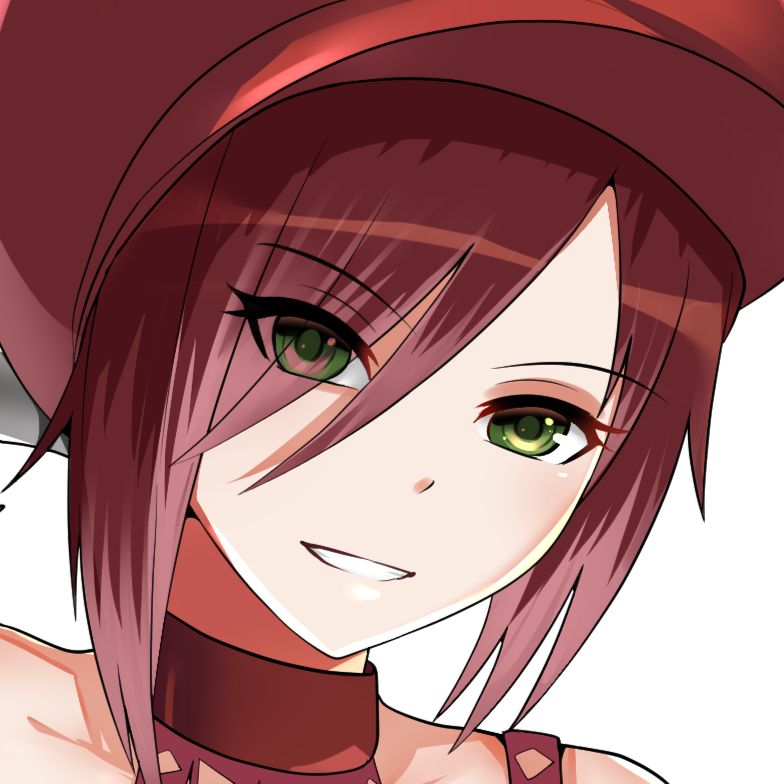 I started modding for FFXIV back in the middle of november of 2017, I am the co-creator of Hair Defined and provided help in the faces for Sapphire's Scaleless AuRa mod, Originally made by Kylie.
I am also the first & original creator of the HD AuRa Scales mod which has been used as a base or reference point for many other scale mods.

You can contact me for any mod request, or commissions.

So you want to commission me? Too bad you can't.

In reality It's more complicated, I do NOT accept commissions but I DO accept requests, weather or not you give me money for that work is entirely of your own choosing and I consider it a donation, not payment. I am firmly opposed to paid mods of any kind which is often why you will find me toiling away many hours making people content for free on my own time.
Donations can be made through my ko-fi linked on my about page or by becoming a Patron.

Becoming a Patron supports the work me and my wife do while giving access to early mod work and projects. Our Patron discord is free to join!

You can contact me the easiest via Discord, sending a Private Message to, Sofie#0001.


Below is a list of things I or my wife can and can not do.

UI mods can be made but some UI elements are finicky.. To say the least. My and my wife's abilities on this may be limited or the mod tools available may be Incapable.

Some mods that people choose to use over others simply make no sense and would end up hurting my work. If you happen to use one of these and require it as a base for any further custom requests It will not proceed further than that. These mods are lacking in overall quality control and in some cases even have potential to break your game
(And mine since I need to test the mods I make)

But why wont I work with the new Bibo/Bibo+?: To put in simple terms one of the makers responsible for that body mod long ago outright stole my work without permission, manipulated a private dm to make it appear as if I did, and since then has taken many others hard work and called it their own. I refuse to have my work be a part of anything they create.

Mod permissions: So you want to use some of my work in your mod? I prefer to be messaged directly for permission as I like to know what my work is going into. However all assets I have created are free to use under the following conditions.
1: You may not use any assets in paid mods to include Commissions (without my express permission)
2: Not used in private patreon mods
3: Any mods created with my assets must be properly credited/linked to the original source. (Scaleless by Sapphire has faces that I created and let them use yet no one credits me for creating them other than Sapphire.)
4: Any mods created with my assets may be posted anywhere except the contribution server and Bizu's server.
5: None of my assets, scales or otherwise may be used to create content with the new Bibo body mod or any in any mod work by that creator. They stole mod work for HD reworks way back in 2018 and have done many more despicable things.
6: For all of my scale work/au ra faces, you may NOT rip the scales or faces and slap someone else's face or scales in replacement of mine (someone tried to put my scales on 2k facelift which is garbage, and someone tried to put someone else's scales over my HD faces)
Other than that go nuts.

Friendly advice to other modders: Modding FFXIV is against TOS and can get you banned if found out. Ripping assets from other games and porting them to FFXIV for $$$ is actually illegal and if SquareEnix ever started to actually care they could sue you for every cent you made and then some. Your life would be ruined. This is just one of the reasons I have a firm no charge policy on any of my works. We used to make mods for XIV in the beginning because it was fun and we wanted to better the game and give the community exciting new things. Paid mods have corrupted and ruined the community. I have literally spent 8 hours of my own personal free time to make someone a mod where I expected nothing but a thank you in return. This is NOT a viable job.... stop thinking you can make a living off of this.